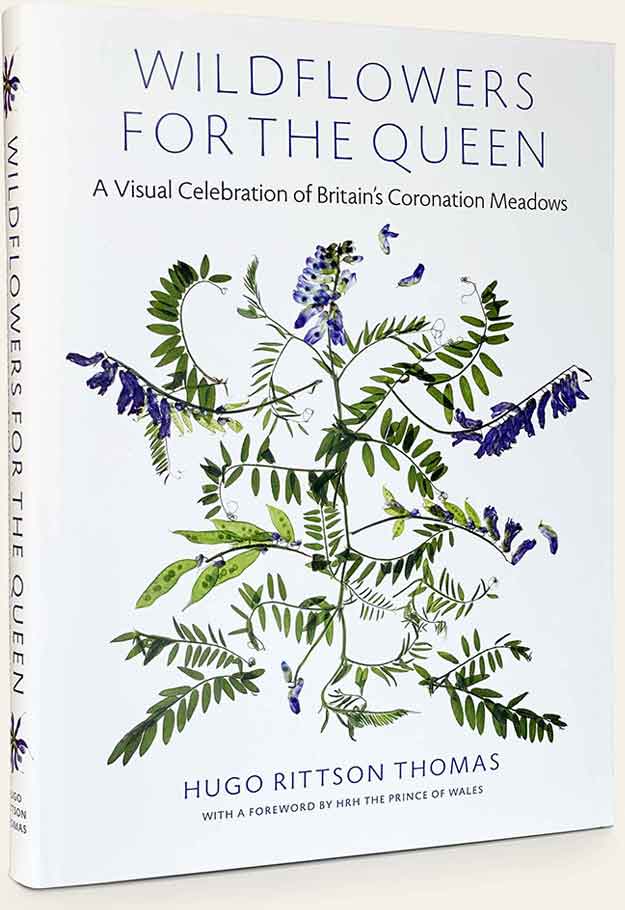 International Deliveries
To order outside of the United Kingdom

“The success of the Coronation Meadows shows just what is possible to achieve with dedication and patience, and I hope that this splendid book will encourage many other landowners to take on the challenge.”
HRH The Prince of Wales

You can unsubscribe at any time by clicking the link in the footer of our emails. To see how we safely use your information click here. By clicking to subscribe, you acknowledge that your information will be transferred securely to Mailchimp for processing. Learn more about how they hold your data.

Order by 17 December 2020 for delivery before Christmas

Order by 17 December 2020 for delivery before Christmas

Press to see more below

Wildflowers for the Queen – Click Here to Buy  Famed for his portraits of Her Majesty The Queen and the Dalai Lama, Hugo Rittson-Thomas celebrates a very different cultural icon in his new book: the wildflower meadow. In partnership with conservation charity Plantlife, and with a foreword by their patron HRH The Prince of Wales, Wildflowers for The Queen celebrates the unsung beauty and diversity of wildflower meadows.

The hardback, large-format art title is inspired by the achievements of the Coronation Meadows and were established by HRH The Prince of Wales in 2013.  In the foreword written by The Prince of Wales, HRH explains: “The idea of the Coronation Meadows initiative was a simple one: to find the best surviving meadow in each county and use seed from that meadow to create a new one. Many of those wonderful meadows are now captured in this book.”

Created over 30 years ago, it was the brainchild of the Prince and Dame Miriam Rothschild, who sowed a mix of over 100 species of wildflowers typical of Gloucestershire to replicate the old meadows lost over time.

Photographed over a year, Wildflowers for The Queen features 19 meadows (of which 14 are Coronation Meadows) in stunning locations and stately homes including Chatsworth, Blenheim Palace and Highclere Castle. Rittson-Thomas was granted exclusive access by The Queen to Sandringham, whose meadow is a particularly magical example of wildflowers in all their bucolic glory. HRH The Prince of Wales’ own meadow at Highgrove is also featured.

Rittson-Thomas’s artistic eye allows us to look at these meadows anew, beautifully showcasing fragile and rare wildflowers, focusing minutely on their exhilarating patterns, colours, textures and shapes. Taking us From the Viking meadows of Muker in Yorkshire’s rolling dales to the unique grass meadows of Cornwall, Rittson-Thomas also photographs a wide range of rare wild orchids, including the Monkey orchid, Bee orchid  and Lady orchid.

Profits of the book sales go to Plantlife, a British conservation charity working to save threatened wild flowers, plants and fungi.

International Deliveries
To order outside of the United Kingdom

We use cookies to give you the best online shopping experience and measure our visitors. Find out more Accept
Go to Top